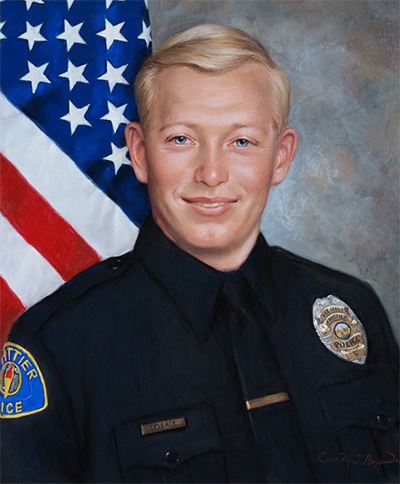 On September 21, 1976 while working an undercover investigation regarding the sale of narcotics, Corporal John Pierce sustained serious injuries. These injuries ultimately resulted in his death May 18, 1977.

John graduated from El Rancho High School and Fullerton City College. After a stint in the National Guard, he joined the Whittier Police Department on October 2, 1967 as a uniformed Patrol Officer and in the early 1970’s he served as a Liaison Officer in the Whittier Police Explorer Post. In 1973, John was promoted to the Investigative Division, assigned to Narcotics and Vice. He also served on the SWAT TEAM. In 1976, he attained the rank of Agent. John also served as a Training Officer in the Investigative Division. In April 1977, John was named “California Outstanding Narcotics Officer” by the We TIP organization. 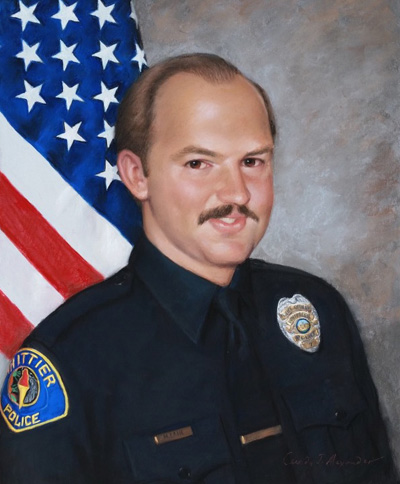 On December 13, 1979, Mike Lane was working undercover on a motorcycle theft investigation. When shots were exchanged, he sustained fatal injuries.

Mike graduated from Loara High School, Anaheim. He joined the Whittier Police Department on January 22, 1968 as a Police Cadet and attained the position of Police Officer on May 23, 1969. In 1973, he was assigned to the Detective Division, Criminal Tactical Unit, and Major Crimes Investigations. Mike was also a member of the Southeast Burglary Investigation Team from its inception in April 1975, until March 4, 1977 when he became a Detective in the Investigative Division, Narcotics Detail. 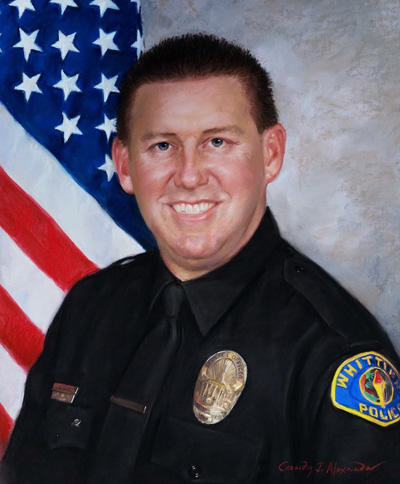 Police Officer Keith Boyer was shot and killed as he and another officer investigated an accident near the intersection of Colima Road and Mar Vista Street.

Unbeknownst to the officers, the vehicle that caused the crash was stolen and being driven by a gang member who had just been paroled. The parolee had just committed another murder hours earlier. As Officer Boyer attempted to conduct a pat down on the subject, the man suddenly pulled a handgun from his waistband and opened fire. Officer Boyer was killed and a second officer was wounded. Despite the wounds, the officers returned fire and wounded the subject.

Officer Boyer was transported to a local hospital where he succumbed to his wounds.

Officer Boyer had served with the Whittier Police Department for 27 years and was preparing to retire. He is survived by three adult children, mother, and stepfather.

These three heroic officers were killed in the line of duty while protecting the community against dangerous criminals. They will never be forgotten.